The government has confirmed continuing funding for early development of the Spherical Tokamak for Energy Production (STEP), the UK’s bid to build the world’s first commercial fusion power station.

The investment totalling £220 million will allow the UK Atomic Energy Authority (UKAEA) and partners to complete the conceptual design of STEP by 2024, with the aim of constructing a power plant by 2040. An initial £20 million funding was announced in 2018. 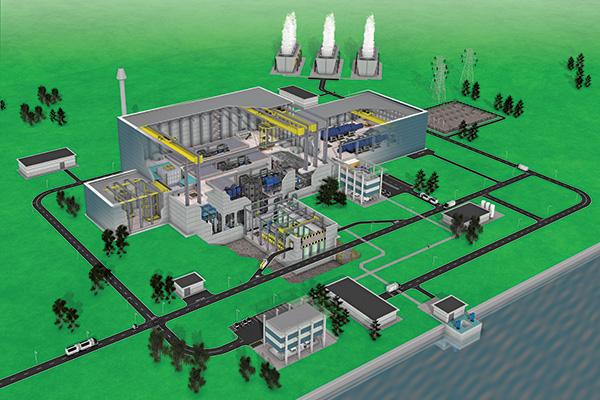 The STEP programme will directly create 300 jobs, with more in the UK supply chain. It builds on UKAEA’s expertise in developing spherical tokamaks – compact and efficient fusion devices that could offer an economical route to commercial fusion power. The new MAST Upgrade spherical tokamak experiment is due to start operations at Culham early in 2020, and will play a key role in the STEP design.

Andrea Leadsom, Secretary of State for Business, Energy and Industrial Strategy, said: “This is a bold and ambitious investment in the energy technology of the future. Nuclear fusion has the potential to be an unlimited clean, safe and carbon-free energy source and we want the first commercially viable machine to be in the UK.

“This long-term investment will build on the UK’s scientific leadership, driving advancements in materials science, plasma physics and robotics to support new hi-tech jobs and exports.”

Professor Ian Chapman, CEO of UKAEA, added: “The UK has a proud heritage of pioneering developments in fusion research. This announcement demonstrates the UK government’s commitment to translating that R&D leadership into a working fusion reactor. We are excited to work with our partners to take the next step towards a fusion-powered future.”

The investment follows the £86 million National Fusion Technology Platform, announced last year as part of the Nuclear Sector Deal, which includes the new UKAEA testing facility now being constructed alongside the Nuclear AMRC on the Advanced Manufacturing Park in Rotherham.

The centre will also work with UKAEA to develop the UK supply chain for fusion projects in the UK and abroad. In January, the Nuclear AMRC hosted the first STEP information event for industry and researchers. UKAEA has now released initial information on STEP procurement opportunities.